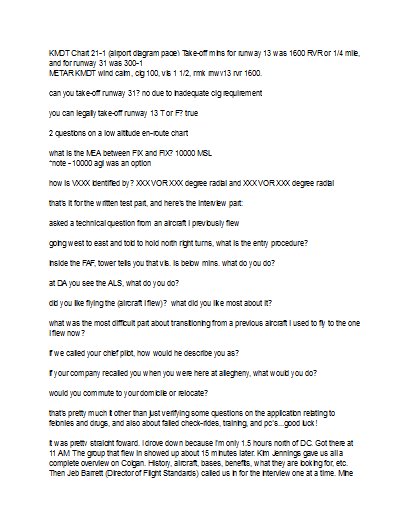 I was assigned as the first officer in the pilot monitoring role while the other two applicants were given either the PIC or the role of a random crew member hitching a ride in the jump seat. In our scenario we were in the final descent to Houston with many thunderstorms in the region, with one in particular right above the destination airport. We were told we would be in a hold for over an hour with only and hour and a half... Continue Reading this Scenario