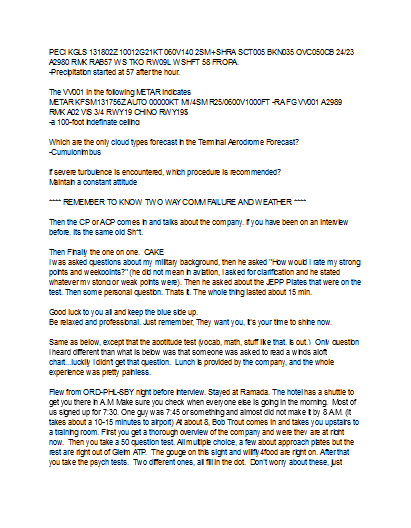 They setup a DEN-LAS flight, providing all the charts and weather, explaining they want us to chair fly the paper tiger exactly as we would our own airplane, including briefings and checklists (they would cut us off as we announced a checklist, saying it is complete). I was the captain and they took my partner out of the room saying the FO was running late. They asked me what I would do and I continued to get the plane ready, do the walk around for the FO, if I didn’t see them in 10min I would go check with the gate agent and ask if they had heard anything from Crew Support. The FO came in apologizing that they were late (he still had his tie, unlike previous gouges I’ve read) I caught him up on where I was in preparing and did all of our briefings (with... Continue Reading this Scenario