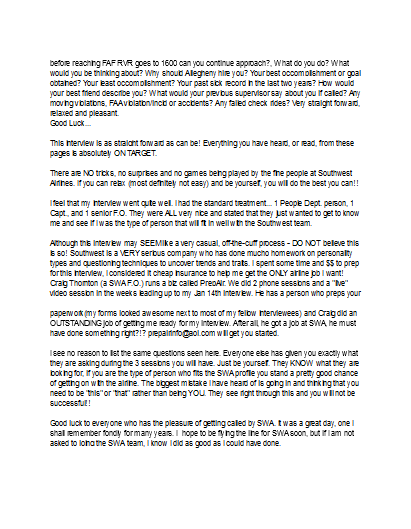 There were three of us that interviewed that day, one CFII, one marine prowler pilot, and me (navy helo sh-60b pilot). The day started at 0830 with a company presentation. Then we did the CRM portion first. I was the PIC because I had the most time, the CFII was the SIC, and the marine was in the jump seat. The scenario was about a passenger who kept on getting up while we were taxiing out of the gate. They wanted to see team work, communication, and using all available resources. I was the PIC so I was expected to take charge and so there was more demanded of me. So if you have a bunch of hours, expect to be the PIC in the CRM scenario. The remaining were the HR and technical portions. My HR portion didn't start until after... Continue Reading this Interview Experience